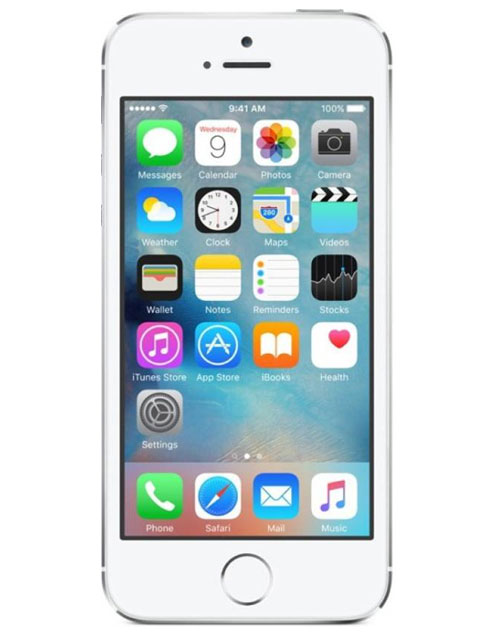 IPhone has a charm that wins the heart of almost every smartphone user. Take this Apple iPhone 5S for instance. Its seamless performance and multiple features will make you a pro at multitasking and leave you amazed with its efficacy.

This smart Apple phone is equipped with a powerful A7 chip processor which ensures high performance. It’s based on a 64-bit Architecture and is loaded with an M7 Motion Coprocessor to detect motion-oriented files, thereby, allowing you to enjoy watching HD videos and play games with 3D effects without any glitch. The phone operates on iOS 7 which lets you use the features like AirDrop and Control Centre, and switch from one app to another easily.

This single-SIM handset has a wide 10.16 cm screen. It has a Retina Display which is fingerprint-resistant, responds to multi-touch and gives you a 360-degree readability.

It is powered by a Li-Ion battery with a capacity of up to 1560 mAh. You can use multiple apps without being concerned about the power draining out.

This multimedia phone has an 8 MP primary camera with a dual LED flash to capture bright images, and a 1.2 MP selfie camera too. You can record HD videos, edit images, and capture pictures in Panoramic mode as well.

Copyright © 2022 Trendzfone | All Rights Reserved | Powered by RankSmartz IT Solutions